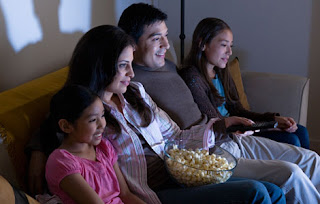 ‘Tis the season for awesome movies! I am a big fan of movies in general but I have a special place for holiday movies. Cold weather, hot cocoa and a good Christmas movie can be just the ticket to get in the holiday spirit this time of year.

Here is a list of my top 5 favorite holiday movies.

Frosty the Snowman
Frosty appears and helps a little girl escape from the greedy magician. This animated film is a favorite of mine due to the fact that a snowman comes to life and dances around the town.  Who wouldn’t love that?!

Prancer
This movie came out in 1989 but I didn’t see it until the mid-90s because I wasn’t old enough until then to see it. A young girl discovers a hurt reindeer and nurses him back to health with the help of the town veterinarian. Over time the girl becomes convinced that the reindeer is actually one of Santa’s reindeer, Prancer to be exact. I won’t give away the ending but it is heartwarming for sure.

Elf
A child named Buddy finds his way in Santa’s sack back to the North Pole where he grows up and becomes one of Santa’s elves. When Buddy discovers that he is actually human and not and elf he sets off on an adventure to New York City to find his father. The humor in this movie is beyond fabulous in my opinion – Will Ferrell (who plays Buddy) is a 10.

Home Alone
Home Alone is my generation’s classic Christmas movie as it came out in 1990 when I was about 6 years old. Kevin is a young boy accidentally left at home alone when his family takes a vacation to France for the holidays. Two robbers, the Wet Bandits, are on the prowl to burgle Kevin’s home while the family is away. Once Kevin figures out what they are up to he comes up with a plan and chaos ensues.

National Lampoon’s Christmas Vacation
I didn’t see this movie until last year, but I must say I really enjoyed it when I finally did! The Griswald’s are a kooky American family just enjoying the festivities of the season. There are a lot of quirky moments (driving under a semi trailer, speed-sledding through town, and a totally toasted turkey) that make this movie an awesome addition to your holiday movie line-up.

Grumpy Old Men
I am not sure there is anything funnier than watching a couple of self-proclaimed “old farts” fooling around ice fishing on a frozen lake. When an attractive single woman moves into the neighborhood the two men chase after her and do ridiculous things to gain her favor. Jack Lemmon and Walter Matthau have the bickering banter down to a T as this dynamic duo starred together in the 1968 film classic The Odd Couple.

It’s too hard to narrow down my favorite holiday movies so I’ll add in a few more of my favorites for good measure!

Happy Holidays to all!